Since flaky tests are often retried multiple times, this adds up to lots of extra time running tests.

To show this, the Flaky Tests page has a new column called Total Duration. This column shows the total execution time spent running a test in a given week: 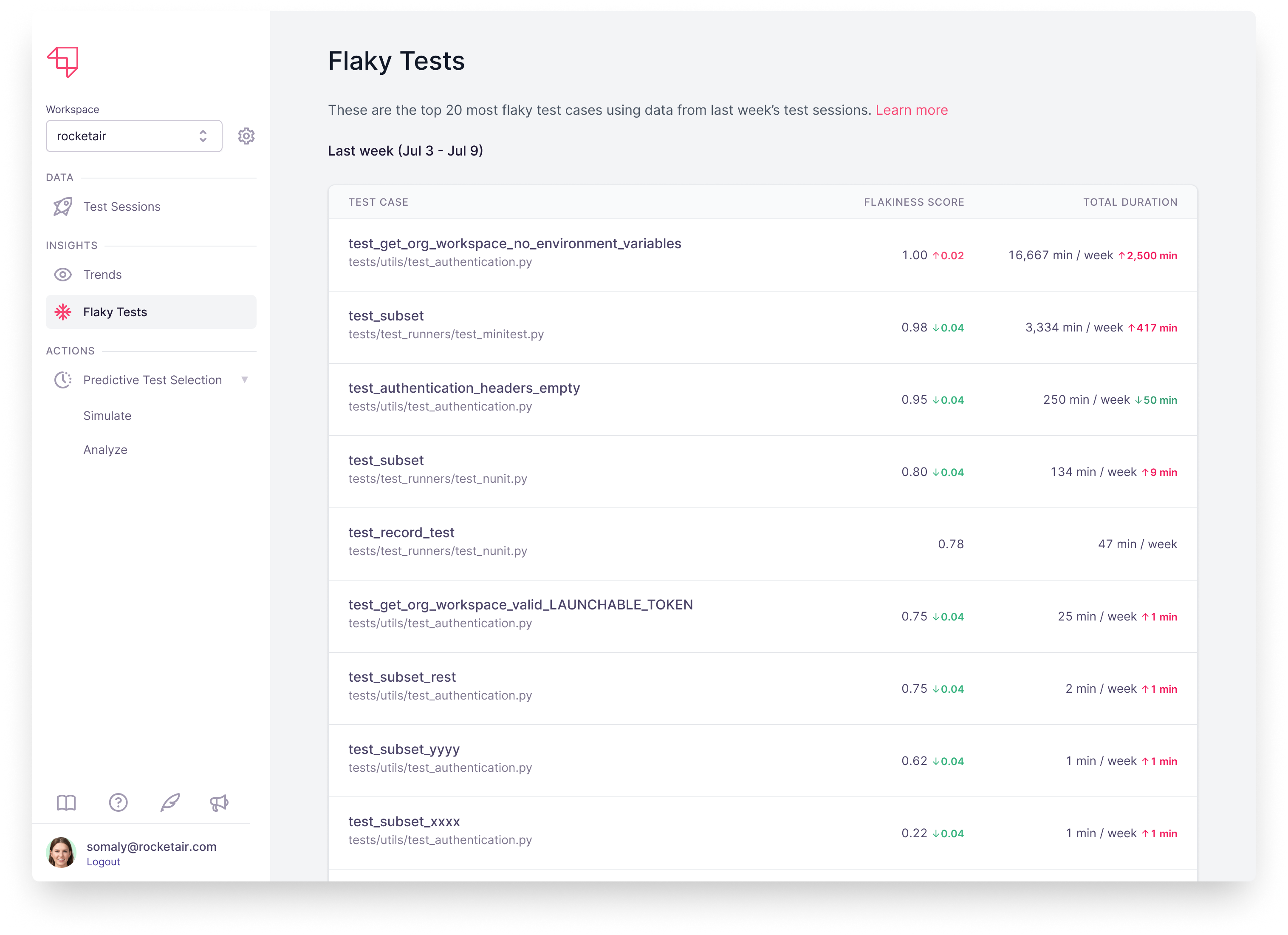 This value is useful for prioritizing which flaky tests to fix first.